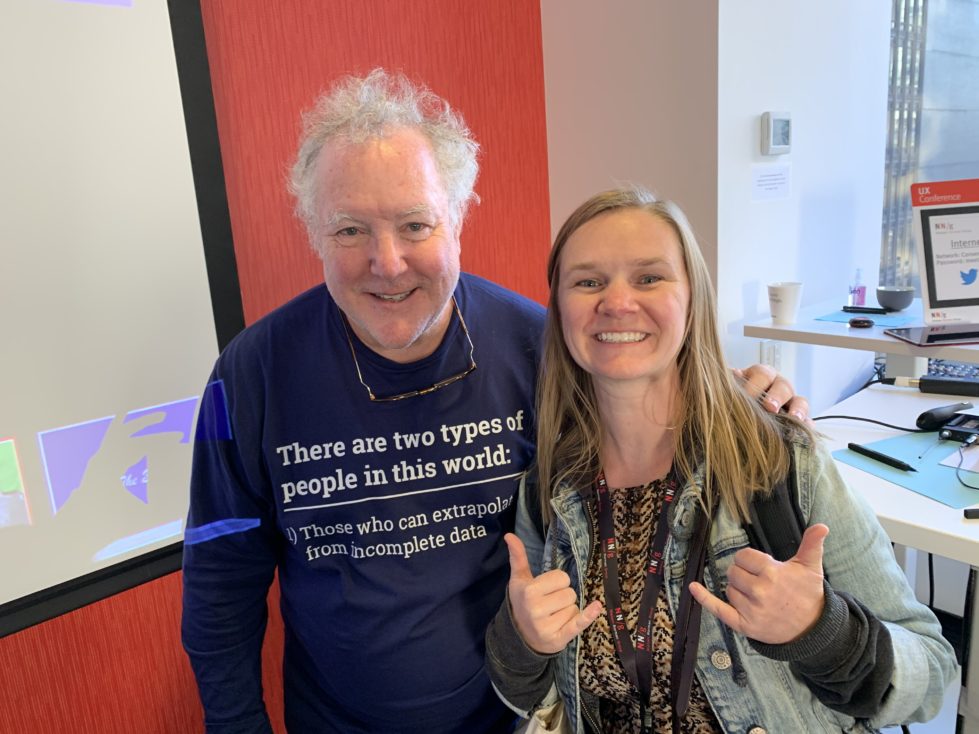 I finally took Togg’s three-day Interaction Design course with the Nielsen Norman Group in NYC this fall. It was everything that Jonathan Hull had said it would be years ago (thanks Jon!).

I liked the course because we discussed things about interaction design that are important to know – Fitts Law, consistency, accessibility, etc. I loved this course because it got really meta… which is my favorite place to go.

We talked about systems and what makes things alive. The combination of energy and information make a human being, yet they also make an electronic device. So in that sense, we have created electronic devices in our own image. And a virus is the same in both worlds – it imitates incoming information as a way to penetrate a system and cause damage. The resultant destruction can be just as powerful as creation, but infinitely easier to accomplish, as many militia groups well understand.

Another concept I really enjoyed was the idea of magic. Togg claimed that to become a really good Interaction Designer, it’s important to learn magic. He said that the only difference between a magician and a designer is that magicians make the simple appear complex, while we make the complex appear simple. He related this idea back to the success of the icons for “folder” and “trash can.”

Tying the second thought back into the first one, the human body is also magnificently complex – we have more cells in our bodies than there are galaxies in the known universe – but our astounding brains have played the perfect magic trick for optimal processing. They make the infinite appear solid, simple, contained, and individual, allowing us to differentiate a butterfly from a tiger and a friend from a foe. So yet again, we create what we intimately know, even if we don’t know that we know it.

The cherry-on-the-top of this inspiring conference is that they put my review on the NN/g website. I think my enthusiasm was palpable 🙂

What Makes Something Alive Anyway? Thoughts with Bruce Tognazzini